Surprising Animals That Can Fly

Humans aren’t the only life forms that have learnt to fly (... and no I am not talking about aliens). Some animals have been soaring through the air long before people took to the skies, the most obvious and well know flying animals are birds such as pigeons. However everyone knows most birds can fly so this page will be about lesser known animals that can fly, that also excludes bats and bugs from this article as like birds its common knowledge bugs and bats can fly.

The Mobula or devil ray as they are also called can leap out of the ocean and glide through the air using their muscular fins like wings. Even though they are referred to as devil rays these manta ray relatives are harmless as this ray species lacks a ‘tail stinger’. Not much is known about the Mobula especially compared the Manta rays but they do go by many names. Along with devil rays they are also referred to as Flying Mobulas or Flying rays.

Though they are called flying lemurs they are actually not true lemurs, and if you want to get technical they don’t actually fly rather they jump from great heights and glide through the air and between trees. They are able to fly because they have flaps of skin called pataguim connected their limbs which when they stretch out there legs they look more akin to a kite, they even have webbed toes to better help with their gliding ability. They can also be called by their Malaysian name Colugos. 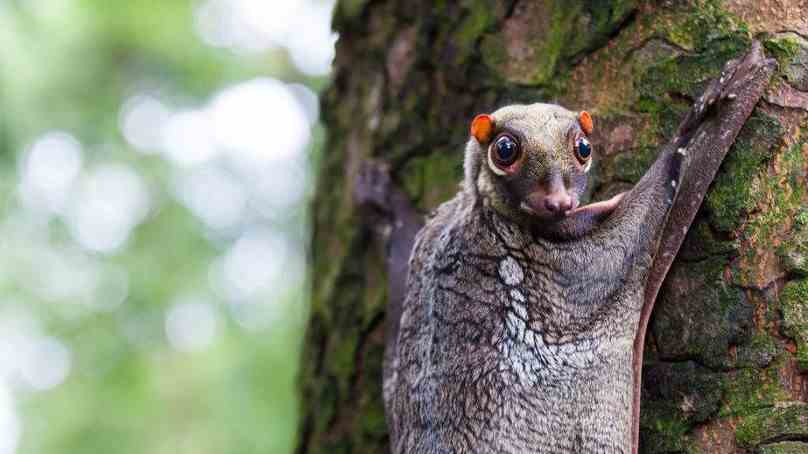 Flying fish isn’t just one species of fish; it’s more like 50 different species of fish. This species gets its name from their ability to leap up through the water and glide over waves using their powerful pectoral fins. Some species of flying fish have been observed gliding for as long as 45 seconds, which in relative terms it’s not much air time but for these fish 45 seconds is impressive though they could possibly glide for longer if it wasn’t for the fact they are still fish and need to be in the ocean to breathe. It is commonly believed that these fish leap through the air and skip over waves because there is less resistance against the fish in the air than the ocean allowing the fish to travel faster.

...well that’s terrifying. The Chrysopelea paradise or flying snake glides from treetop to treetop by make its body flat the snake increased its surface area which in turn increases its air resistance allowing it to have a longer air time. The snake can even dictate the direction it glides by slithering side to side in the air.

Much like the Flying Lemur the flying Gecko has a pataguim that is uses to glide from tree to tree. The pataguim acting like a parachute for the Gecko. On the list the flying Gecko is the most likely animal to be kept as a pet.

Wallace’s Flying Frogs are yet another flying animal that can be located in Malaysia like the Gecko and Lemur. The flying frog has webbed does and skin flaps between its limbs. Though this frog can glide through the air it cannot travel very far, it mainly uses its skin flaps to quickly and safely make it from the top of the tree where they like to live to the floor where they lay their eggs. 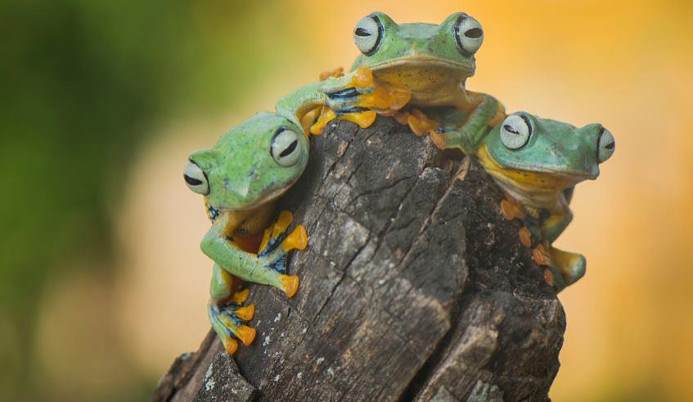 There are 43 different species of flying squirrel. They glide through the air by leaping from tall heights and extending its skin flaps, using its wrist to steer the direction its going.

The correct spelling of pataguim is actually patagium even though more often than not it is mistakenly referred to as pataguim.